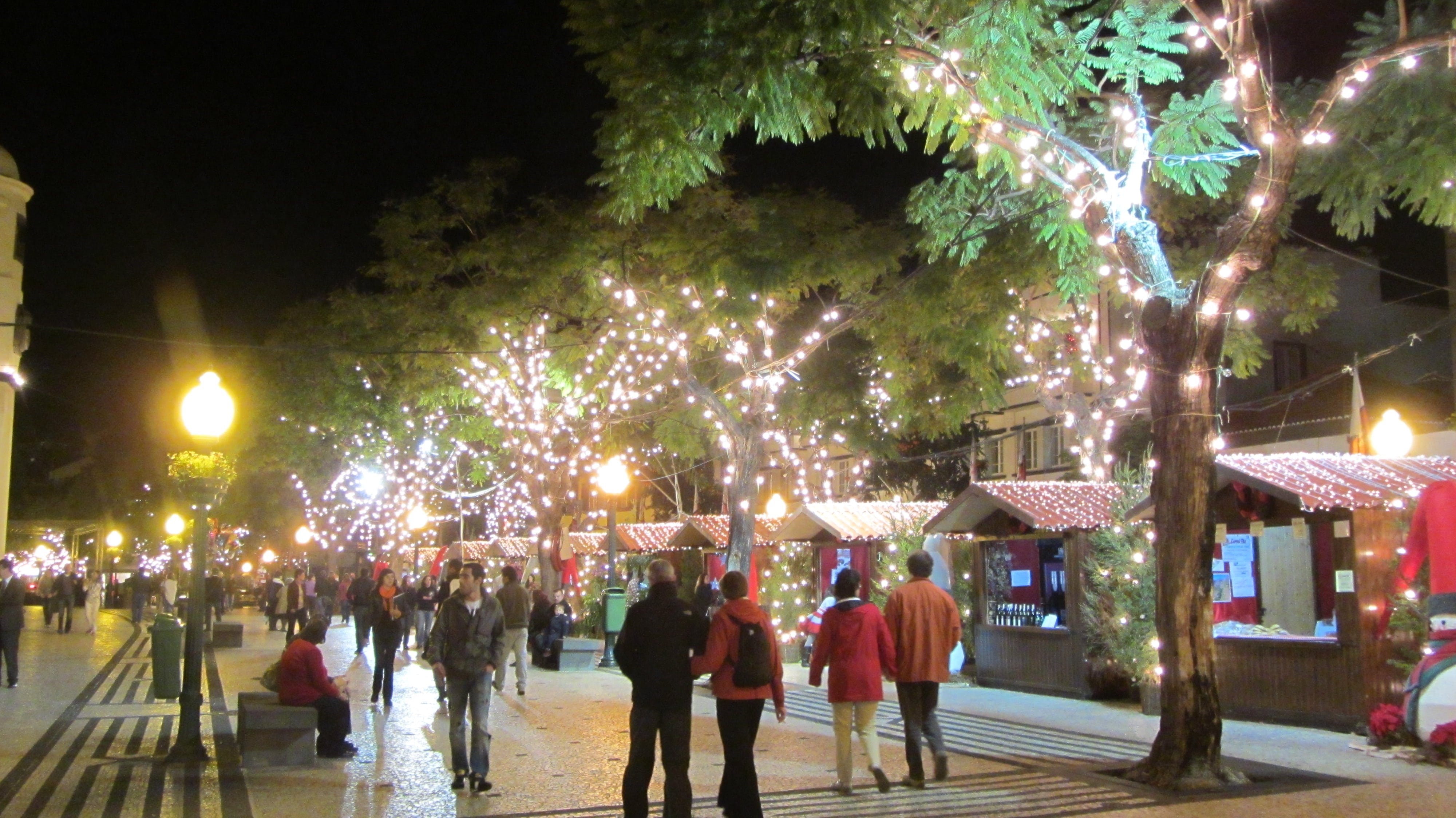 Home What to do in madeira Madeira Events Christmas and New Year celebration in Madeira.

Every year in Madeira the preparations for celebrating Christmas and New Year’s Eve starts as early as late November.

The Island usually got transformed into a crib of real life proportions, with the streets decorated with flowers of different colors and lights of all sizes, forming shapes and figures epitomizing Christmas.

As December advances the city centre squares become adornred with seasonal flowers such as Holly, poinsettias, Lady’s Slipper orchids and the like.

The cynosure is completed by a small artful village with fields of seedlings flanked by food stalls and local craft where Christmas exhibitions takes place.

The air is often filled with mellifluous sound emanating from various concerts and performances by the local bands and of the folklore groups; where everyone participate.

The preparations for “A Festa” (the Festivity) in Madeira are lived with special enthusiasm.

The festive celebration begins with officially switching on Christmas lights on December the 8th accompanied by creating the “lapinha” (crib) and also setting up the square surrounding with confection of various delicacies and pastries such as corn bread, honey cake, homemade liqueurs and the preparation of pork in wine and garlic, arguably the most popular culinary dishes of Madeira.

Another Madeirean Christmas tradition is celebration of the Missa do parto “Childbirth Mass”. The announcement of the Birth of the Boy Jesus takes place at dawn accompanied by hymns sung by locals in churchyards, filled with Christmas embellishments. Traditional drink and food that conform with the season is offered to those present.

On 23rd December, Traditonal Market Night Party celebration is held, where the Madeireans do their last-minute Christmas shopping and where one can have a bite of various local foods and drinks.

The famous Funchal market (Mercado dos Lavradores) and nearby sreets are flooded with people in joyul festive spirit, singing Christmas carols, dancing, and having fun.

All bars around the square are opened all night, serving traditional drinks and the special delectable sandwich meat with wine and garlic, which is customarily served during Christmas.

Market Night Party last all night long. Nevertheless, during the day the market is filled with display of regional fruit and vegetable shops.

The Missa do Galo “Rooster’s Mass” is observed on the 24th (the celebration of the birth of Jesus) a traditional midnight mass celebrated in every Church in the island. After the Christmas commemorations the high spirits of festivity continue with the traditional long distance São Silvestre race.

The race is organized annually by the Association of Athletics of the Autonomous Region of the Madeira in the city of Funchal on 28th December and it’s known as one of the oldest races in Europe featuring thousands of athletes of various age groups.

Besides all the wonderful celebrations through out the month of December the best part of it all is being prepared for the New Year.

New Years Eve is celebrated in every nook and cranny of the Island and the most spectacular event occurs at midnight in Funchal Centre where the sky is marvellously lit up once it clock 12.

The festivity grand finale is more amazing and you can believe it is real if and only if you are present.

The Guiness world record award winning Madeira New Year’s Fireworks are spread along the natural amphitheatre and you can’t just get any better fireworks display on the continent.

Although the New Year’s Eve is the brand image of Madeira, the region goes far beyond the monumental fireworks that every New Year’s Eve lighten the skies of this awesome and hospitable island during ten minutes.

Begin the New Year with an amazing feeling with a glass of sparkling local Madeirean wine toasting to a prosperous coming year.

Also have a little time to think about how we can contribute positively to the preparedness and resilience of our great Madeira. Celebrate in style. Happy new year. 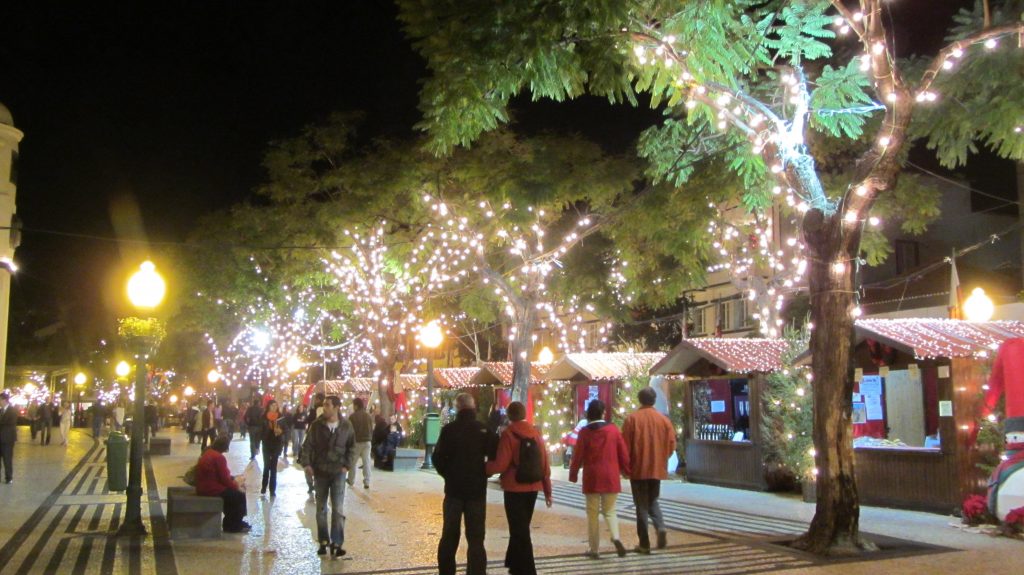