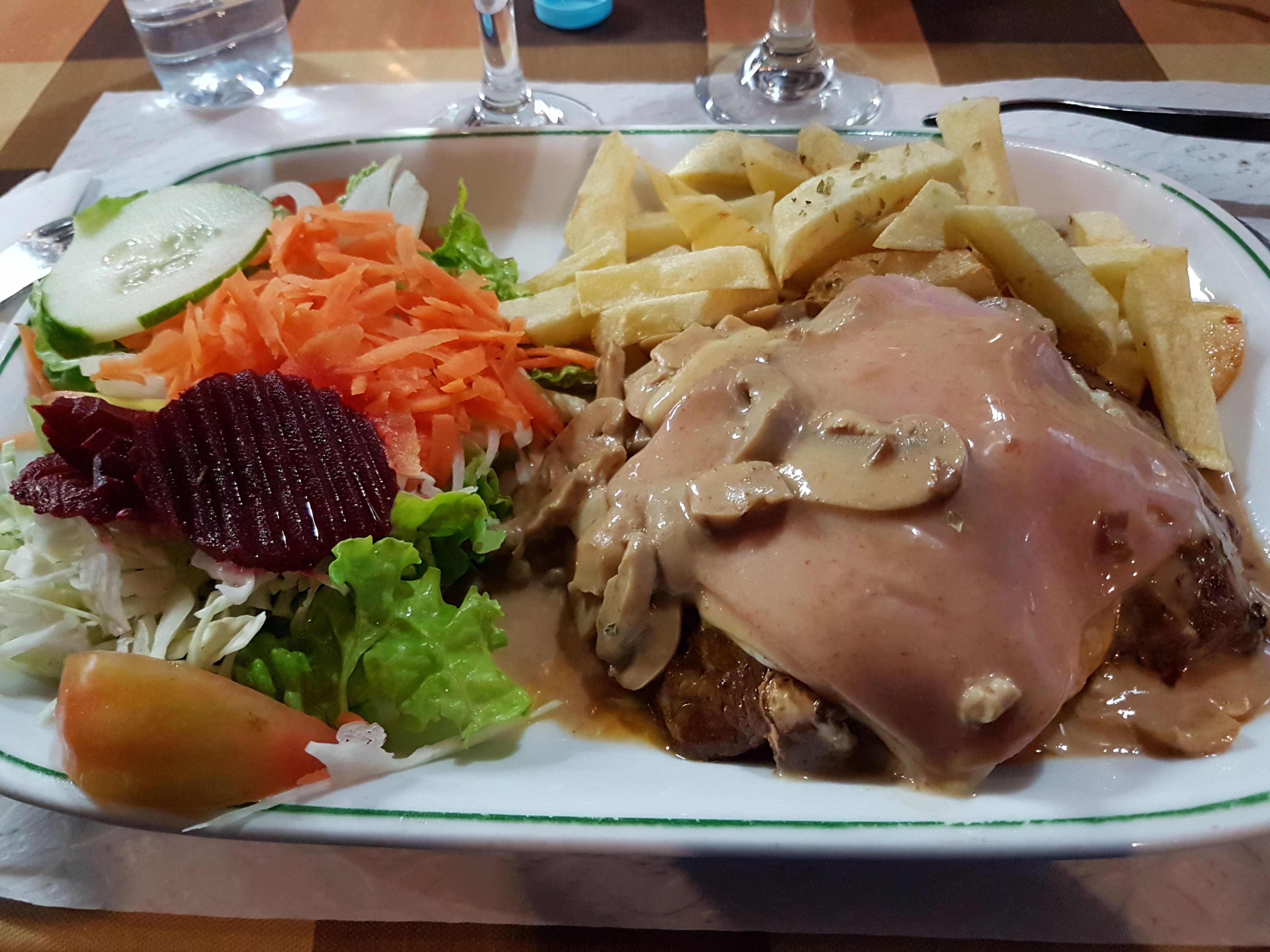 The island of Madeira has been one of the most visited centers in centuries, but that does not mean it does not have its own character. One of the things you notice is food and drink.

The island has its own specialties. Here are some examples of the special flavors Madeira’s own that You must eat and drink in Madeira! 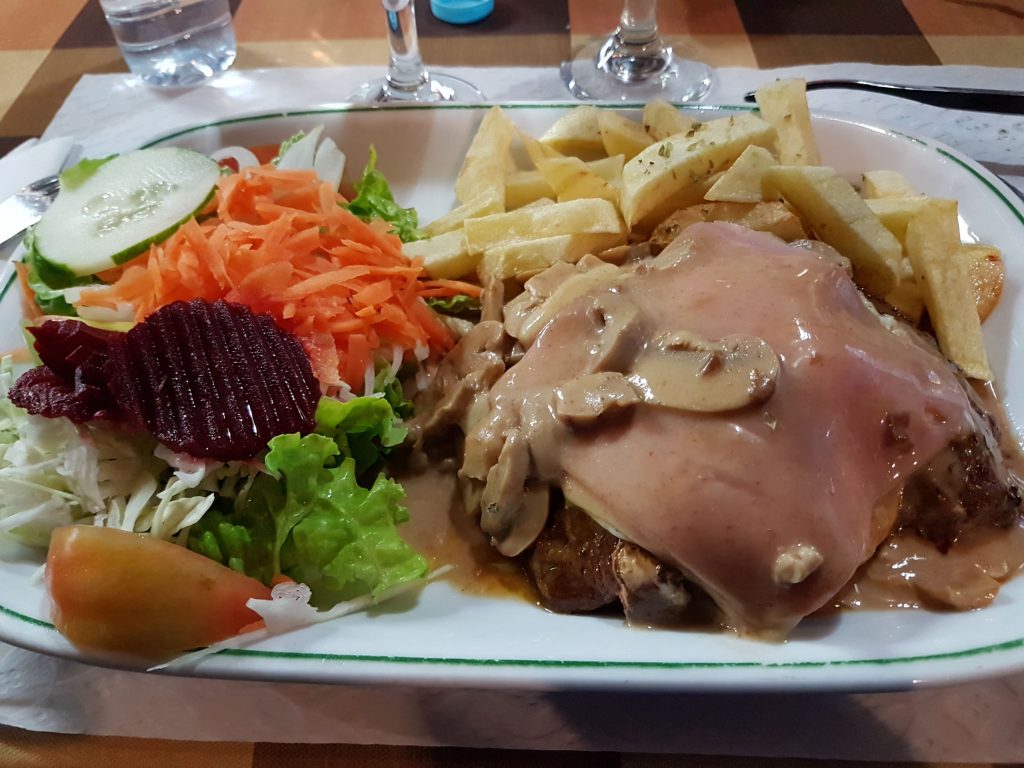 This dish is also found everywhere on the island. This meat pie is preferably spun on laurel branches, giving it a delicious taste.

The espetadas are served vertically, hanging on a special holder. Below is a plate of traditional bread, which captures the tasty moisture of the flesh.

A bolo de caco is typical and very tasty bread from Madeira. The name can call some confusion, as bolo pie means.

The only deal with cake is that this bread is around. The bolo de caco is flat bread traditionally baked on a caco, a flat plate made of high quality basalt.

This is delicious with a prego (bieflapp) or with herb butter. The favorite sandwich of the island and mine! 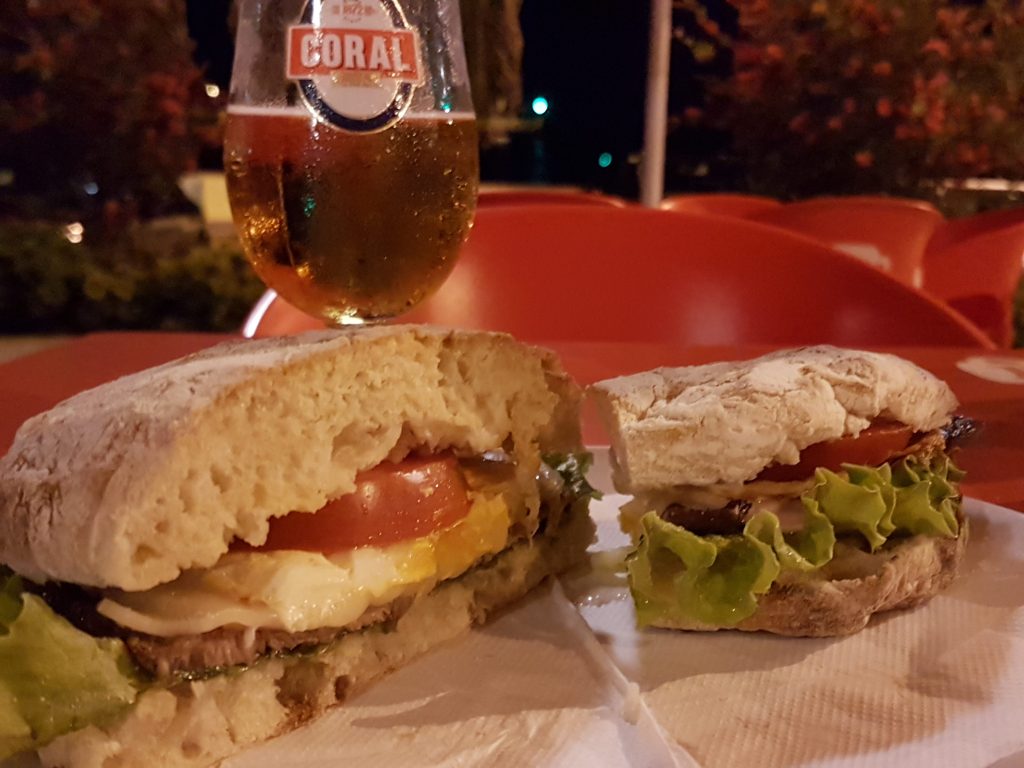 This is Madeira’s specialty and pride: the black dew with banana. You will encounter it on many menu cards. A somewhat strange combination at first sight, but it works. Do not be afraid, just try!

If you first see this on your plate it is difficult to place. What are you looking at now? Tofu? Croutons? Polenta?

They are simply fried corn cakes!

They are made of white corn flour with different herbs and often cabbage is still present. A common side dish on Madeira, served mainly with traditional dishes.

This cake originates from sugar cane. This was extensively rebuilt on Madeira, when the Portuguese discovered the island. T

he sugar cane has a syrupy by-product, molasses, which used to be made with this cake.

This made the cakes extremely durable. Today, honey is usually used in the Portuguese “flour”. Then taste spices that match the colder months of the year: cinnamon, cloves and anise. 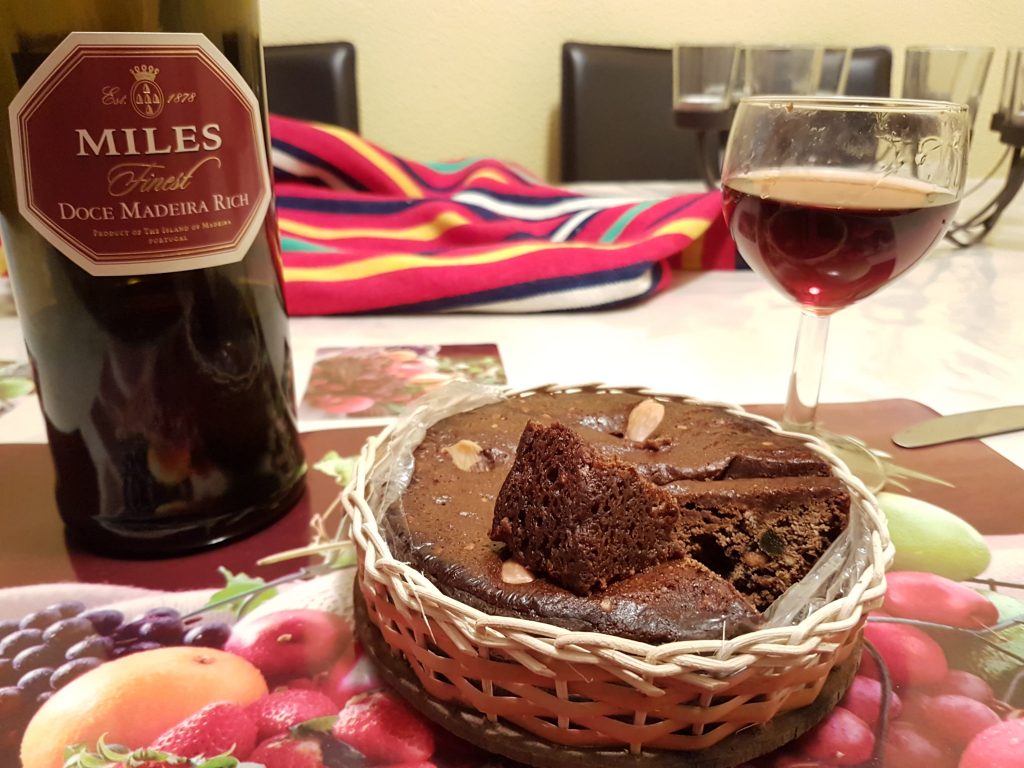 That you can eat delicious seafood in Portugal is a fact. This napslak, also called point cuckoo or scales, is mainly found on Madeira and the Azores.

You can eat them in different ways. If you are looking for an adventurous food, try grilled or processed in a dish. Usually they are eaten as an appetizer.

Pocha is a strong drink, which is known in India, but was introduced by British colonists in Madeira.

Originally it was made of rice brandy, sugar and spices, but the original ingredients in Madeira are different: brandy of reed, lemon juice and beehoney.

On this original recipe to find all sorts of variations, I personally find the Maracuja (passion fruit) variant the best. 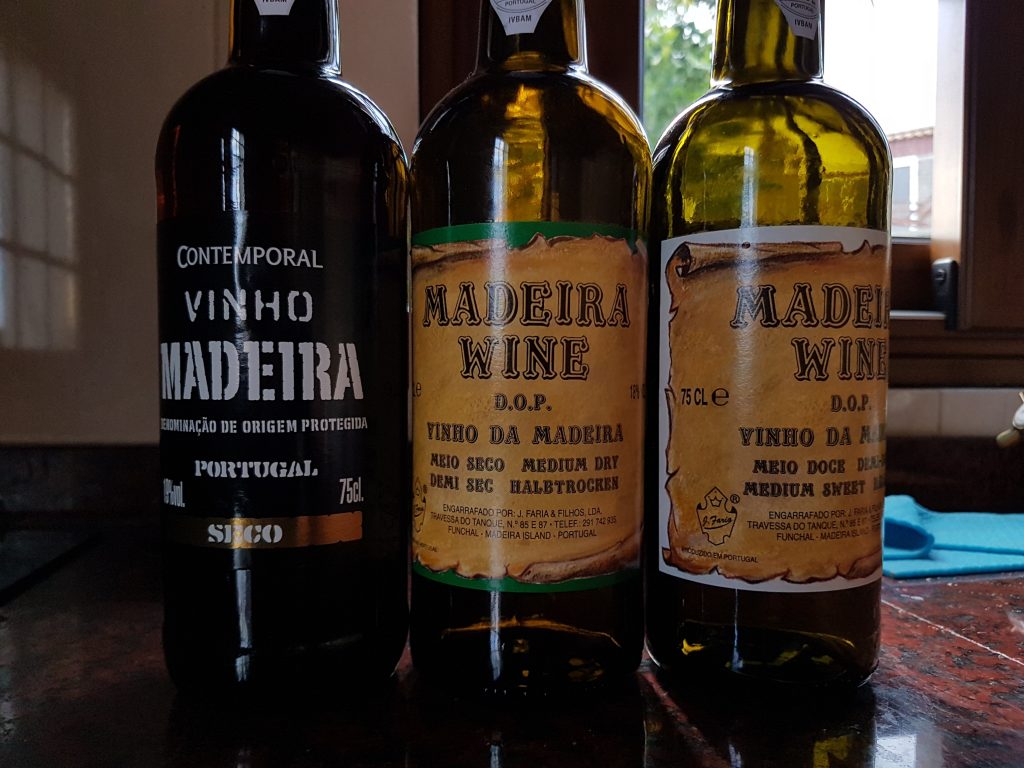 Madeira or Madera is a fortified, very long-lasting wine. A good Madeira of 150 years old is still excellent to drink. Madeira can be both (free) dry and sweet.

It is usually drunk as dessert wine or aperitif. Like Madeira wine, the classification is vintage, that is, from one harvest year.

A vintage is made from a single grape breed and has at least twenty years of barrel. Madeira must contain an alcohol percentage of 16 to 18 percent. Almost every restaurant in Madeira serves local Madeira wine. Just try!

As the Portuguese mainland has the soda brand Sumol, Madeira has its own soda brand called Brisa. They make different types of soft drinks. Of course, the version with the flavor of maracujá (passion fruit) is the most sold.

This taste has existed since 1970, whereas, for example, the cola variant was introduced much later (2003).

Besides all these delights, do not forget to visit the Mercado dos Lavradores in Funchal. Here you try the most exotic fruit types that are grown on the island.

Curious about what you should try in the mainland? You should probably visit to check them out.