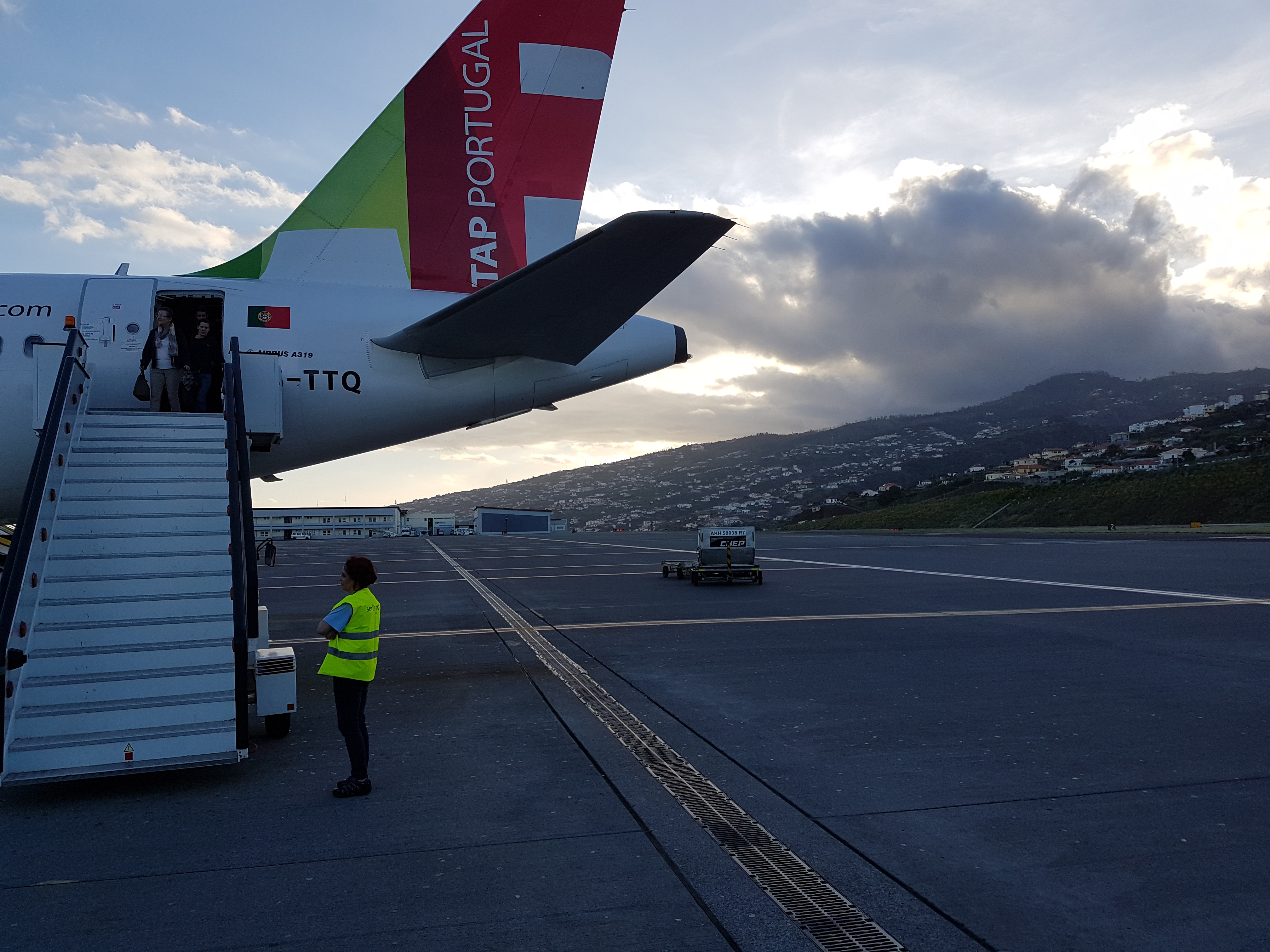 The Airport of Funchal.

The island of Madeira is well connected to the mainland thanks to an international airport that offers numerous connections operated by the major airlines.

Madeira Airport, “Santa Catarina Airportis”, is located near the town of Santa Cruz about sixteen kilometers from the capital Funchal and is well connected to it via a network of taxis and an efficient bus service called Aerobus.

The airport has been renovated and the extended runway in 2002 allows the landing and take-off even of the large aircraft.

Its safety has been considerably improved in the last years, thanks to extended runways secured with concrete pillars stuck in the Ocean, a structure that provides now more space for landing.

The track rests partly on the mainland and is partly supported by a reinforced concrete structure and lies close to the ocean making landing and taking off a unique emotion!

Almost 2 and a half million passengers per year used the airport in the recent times, a record the proves the attractiveness of Madeira around the world.

A curiosity: in 2016 the municipality announced that the airport of madeira will be named after the notorious football star Cristiano Ronaldo.


Do exist direct flights to Madeira?

One of the biggest problems for the short breaks in Madeira for us Italians is the fact that there are no direct and cheap flights from Madeira to Italy!

To get to Madeira for example by taking a flight from Milan or Rome you do have to make direct flights to Lisbon and from there catch a flight to Funchal.

If you book in time with economic companies such as TAP Portugal, the Portuguese national airline, o Ryan you can get away with prices starting from 100 € up.

Transferring from Madeira airport to your hotel.

If you book now, you can take advantage of a convenient and cheap transfer to a hotel on your arrival at the airport.

The minibus can carry up to 8 passengers and is available if your hotel is located in one of these cities: Machico City, Santo da Serra Village, Caniço Village (and Caniço de Baixo), Funchal City, Estreito de Camara de Lobos, And Ribeira Brava Village.