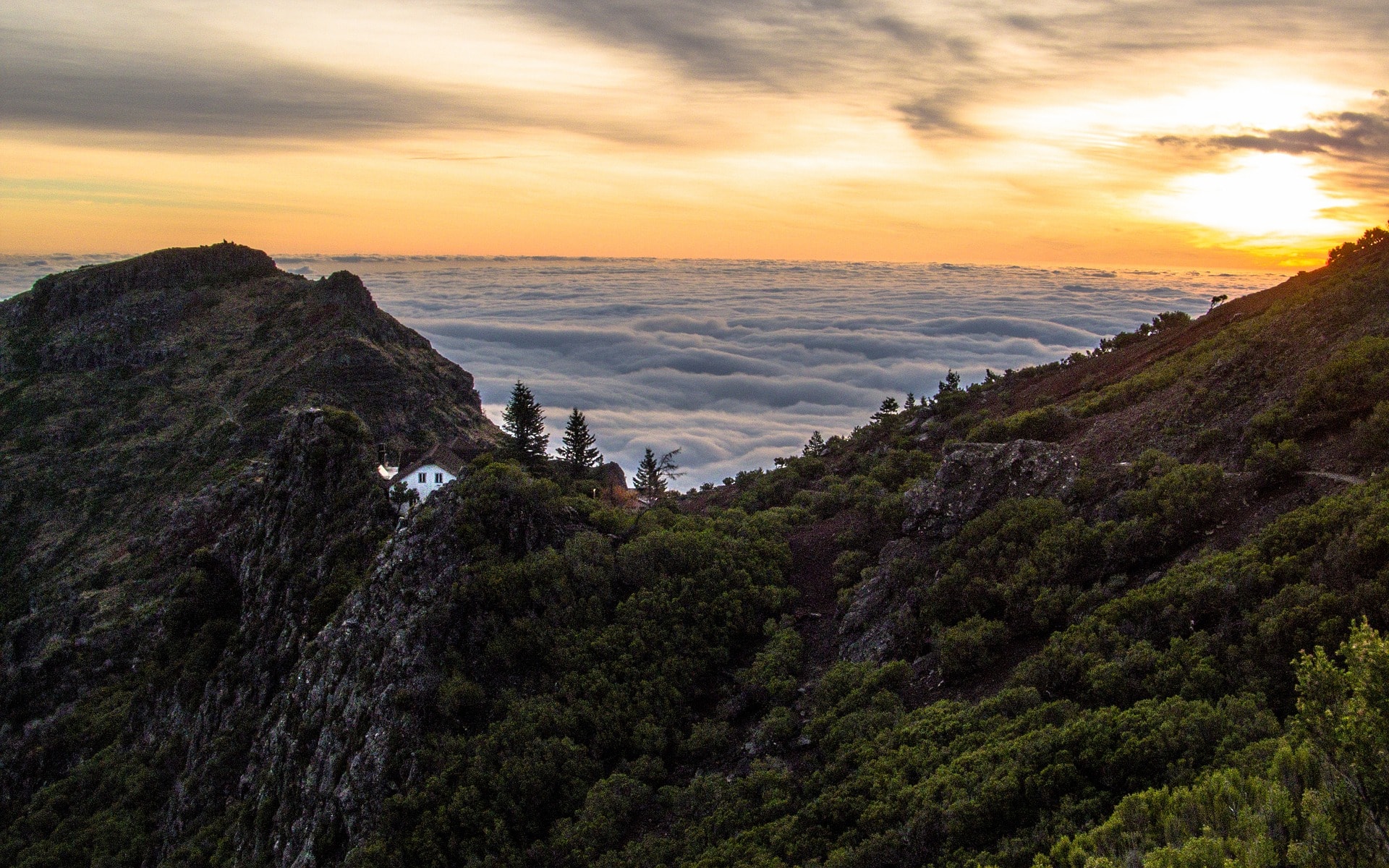 Although the archipelago is situated in the Atlantic, the climate of Madeira can be defined as Mediterranean.

The climate of Madeira makes it an ideal destination to visit throughout the year as it is never too hot or too cold.

Influenced by the Canary Current and by the Gulf Stream, its temperatures are constant all year round. Rainfalls occur mainly between October and April, whereas the weather during the rest of the year is dry.

In fact, the island of Madeira is characterized by a perennial spring with mild temperatures throughout the year.

The rainfall on the island of Madeira are concentrated in the period from October to April when the rains fall about ten days a month.

The high mountains on the island, however, make Madeira a constellation of small microclimate with the rains most concentrated in the northern part of the island due to the influx of winds alisei while the southern part of Funchal it is drier and less windy.

In the summer months the weather of Madeira can be characterized by a wind called Leste: it is a dry wind that comes from the Sahara desert that carries a thin red sand and is able to increase the island’s temperature to about 30 ° C.

The water temperature, however, is not quite hot since it still ocean.

In fact, in winter and spring the water has a temperature of about 18 ° C. In the summer, however, it comes to touch the 23 ° C making it possible to have a nice bath. 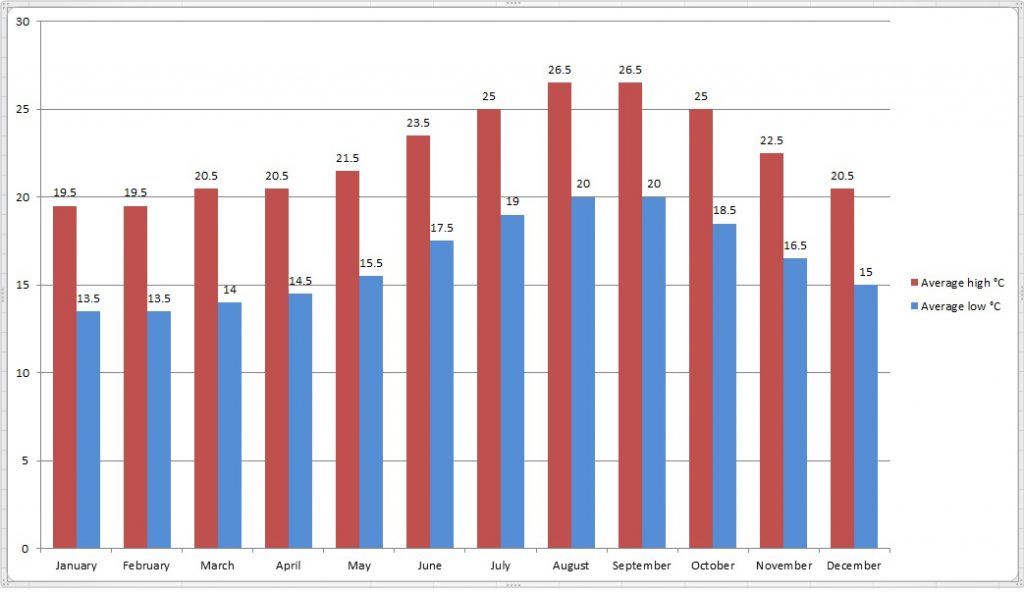 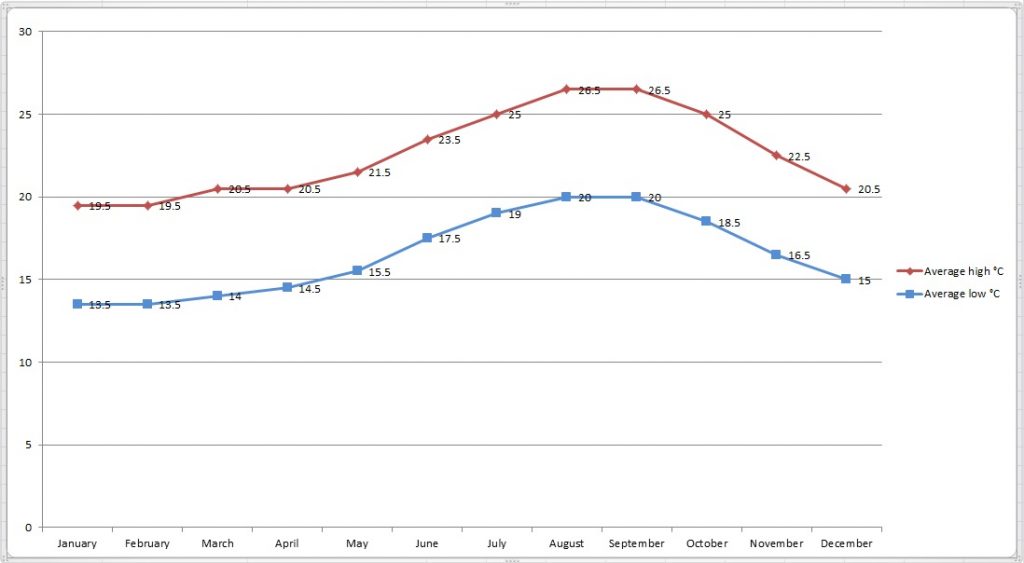 Best time of the year to visit Madeira.

Being characterized by a mild climate throughout the year every moment is good for visiting the island of Madeira.

Even if in the winter evenings and early mornings can be chilly, in Madeira it is possible to enjoy sunshine each month of the year.

Those who are seeking for hiking opportunities should take into consideration that weather from July to September tends to be quite humid and hot.

However, there are the best months in which you are more likely to enjoy a warm climate and the lack of precipitation. But anyway in the winter months we will have one of the best climates around the world!

We therefore recommend a trip to the island of Madeira from June to September: months when the temperatures are higher, rainfall is almost absent and the water temperature also allows to bathe or to engage in other aquatic activities.

The summer months are also better because of the number of sunshine hours; in fact, in summer the sunshine is about 8 hours a day, whereas in winter it reaches only 5 hours on average per day.

If the purpose of the trip is mainly to enjoy the fabulous flora of the archipelago, a visit in spring (namely in April and May) is highly recommended.